Facing a dense schedule as well as problems in terms of force, Hanoi club will have to make efforts to overcome difficulties to continue chasing Ho Chi Minh City club.

Hanoi club overcame the sadness of losing to Thanh Hoa club in the 9th round by winning against Tampines Rovers at the AFC Cup 2019. 3 points against the direct opponent brought Chu Dinh Nghiem’s ​​teachers and coaches to the top of the table and were present. in the knockout stages, where they will confront the Philippines’ Ceres Negros. 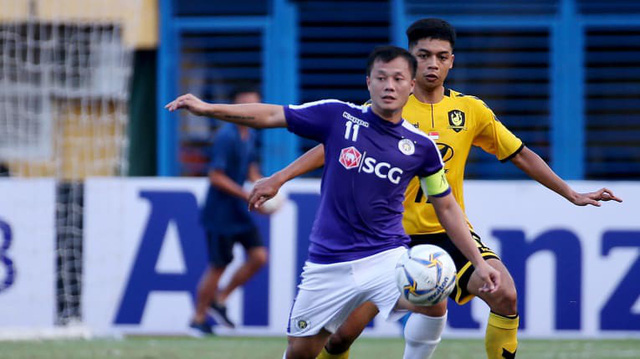 Despite winning, the implications that Hanoi club has to endure are not small for the players’ physical situation. These days, the weather in Hanoi is extremely harsh and it is clear that having to play with such a high density will make the players’ race to recover the strength for the next match.

There have been names that will not be able to accompany the owner of Hang Du yard in the next match because of injury, we can mention the captain Van Quyet along with Van Dai and Duy Manh. In addition, two other faces, Hoang Vu Samson and Dinh Trong, will also have to be audiences because of suspension. That will be a big challenge for the defending champion in continuing the race with Ho Chi Minh City club.

Dinh Trong will have to sit outside because of suspension

Having a detail will make the home team feel more secure in the next match, which is the fact that they have not lost to SHB Da Nang in the last 8 matches. On Hang Diem yard last season, teachers and coaches Chu Dinh won the match 5-2 and even won 4-0 white as a guest at Hoa Xuan yard.

At the present time, the quality of SHB Da Nang’s squad cannot match the Hanoi club, especially when they will lack captain Do Merlo because of suspension. But the performance of coach Le Huynh Duc and his teachers are showing signs of going up recently. In the last 2 rounds, SHB Da Nang has won to overcome the crisis with 7 draws and losses before. It is not necessarily convincing victories, but at least the obtained scores also help improve the morale of teachers and coaches Le Huynh Duc so that they can work towards the trip to take place tonight. 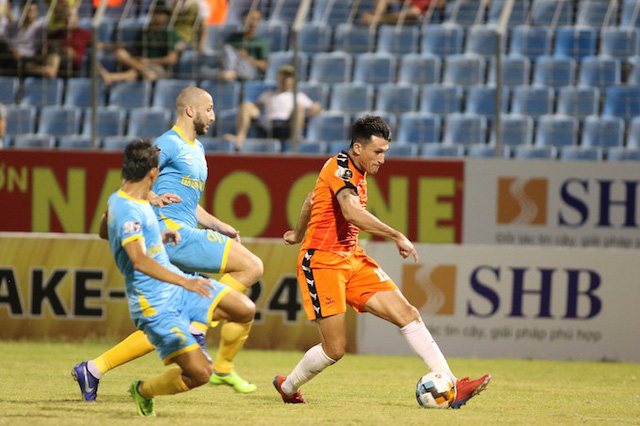 SHB Da Nang is in better spirits, but they will lack captain Do Merlo because of suspension

In this standings, SHB Da Nang is standing in the middle group, while Hanoi club is ranked 2nd with 5 points less than Ho Chi Minh City club, but playing less than one match. 3 points of the next match will be the goal of the home team to continue the double-code race, while for SHB Da Nang, 1 point leaving Hang Du yard can be considered an acceptable result.